Come and see with your own eyes the complex numbering of the Colosseum with one of our Colosseum Tours. 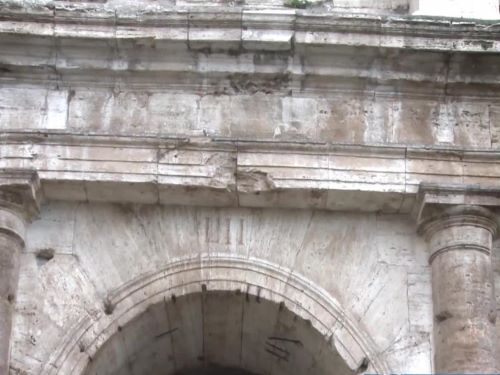 Emperors and royalty enjoyed the privilege of private entrances, but over fifty thousand people gathered for each performance had to identify which of the other 76 entrances was theirs. Each person had to queue under the archway displaying the same number as the one on his or her pass.

The colour red facilitated the identification of the archway from afar, as well as being one of the most popular colours in imperial Rome. Maximum visibility was therefore achieved by colouring the groove of each number in red.  In addition to this, indications were also written inside the amphitheatre painted on the surface of visible stones.

The red colouring could last two or three years and then had to be reapplied. Red is a colour derived from iron oxide, which is extracted from clay. For this reason it could only resist for a limited period of time. The ‘rubricatura’ (from ruber, red), is what the Romans called this painting.

Come to Rome and take one of our many Colosseum Tours. We’d be glad to show you the many incredible details of this unique location.