Everytime we guide a tour into the Basilica of Saint Peter we find out that no matter if our visitors are Italians or foreigners, they both consider it the most important church of Chatolic world.

In fact, not many people know that San Giovanni in Laterano (one of the Papal Basilica in Rome), is the cathedral of Rome, and as such is the privileged seat of papal authority, symbolically represented by the bishop’s cathedra. As the pope’s cathedral is ideally the first of the world’s churches, or, as an ancient saying goes, “the mother of all churches”.

Its story is complex, as complex as the tracing of all the milesotones on a journay that goes from the emperor Constantine¹ to the church as we see it today, where very little is left of the early structure. The origins of this sacred edifice are rooted in legend. The best known among the many legends which sprang up in Middle Ages tells that the emperor Constantine was suffering from leprosy when Peter and Paul appeared to him in a dream and promised him he would get well if he were baptized. The pope at that time was Sylvester I, who had fled Rome for fear of persecution and lived in hiding among the forest of Mount Soracte. Reassured by the emperor, he agreed to return to Rome and baptize Constantine. Healed of his leprosy, Constantine as a sign of gratitude built the basilica of San Giovanni. 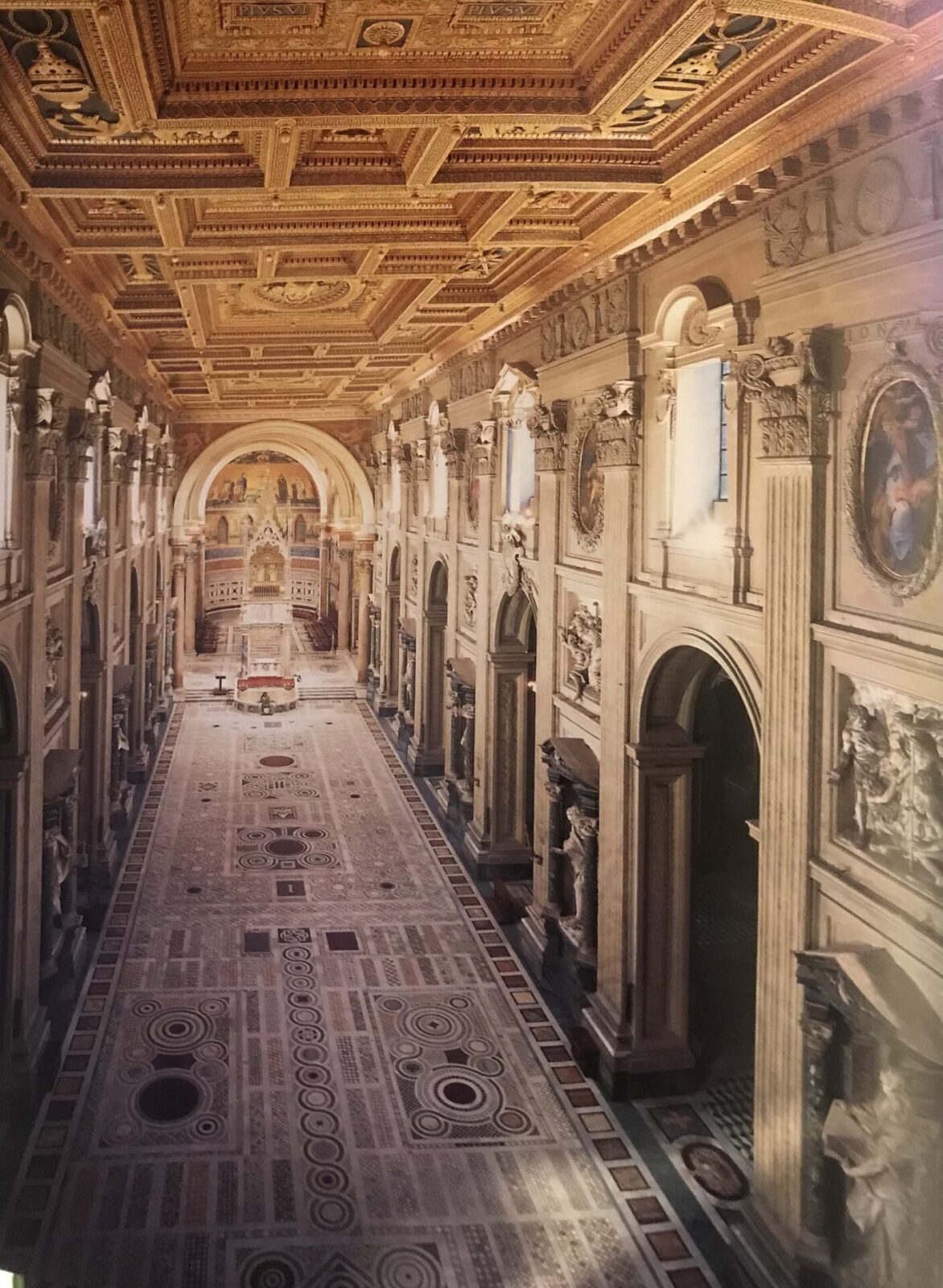 The basilica is often called simply “Laterano”, name that probably derives from the ancient Roman family of the Laterani, who during the First Empire lived in a part of this area.

According to historians the current church was built on a “domus ecclesia”, a place where Christians gathered together to pray; here the church was erected by the emperor between 310 and 315. Subsequently the basilica was sacked, distroyed and ribuilt many times, so that today we have a beautiful variety of different artistical styles.

It’s so worthed to be visited…