We’d be glad to tell you more about their stories while walking through the Colosseum. Select your Colosseum tour HERE and read more of the gladiator’s legends.

But who were the most famous gladiators of Rome?

Almost all of gladiators were war prisoners, criminals or slaves. In some cases, they could be simple free men who decided to become gladiators for the great earnings; provided that they remained alive!

After a long series of victories or a particularly good career, the gladiators obtained a wooden stick called “Rudis” which gave them freedom. However, there are several known cases in which the fighters declined this valuable offer. There were different reasons for this, including the fact that a winning gladiator gained exorbitant amounts of money, even more than the wage of a general. Therefore, it makes sense to think that a fighter wanted to continue to accumulate huge fortunes.

Amongst the most famous gladiators of all times, are the famous Prisco and Vero. Their story is legendary. 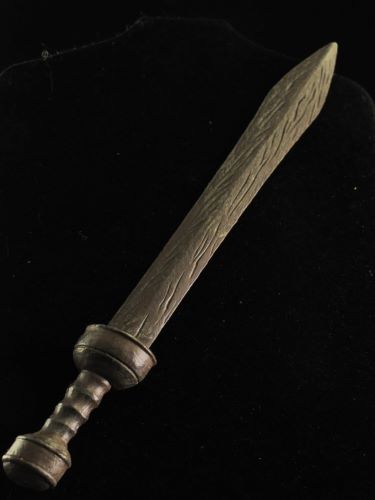 The legendary fight between Prisco and Vero

Prisco and Vero became gladiators at the time of the inauguration of the Colosseum. On the first day of the games, the Colosseum was full and the two gladiators were anxiously waiting to find out who they would fight against. But no words can convey the shock when they learned that they would have to fight each other to death. Given the fact they were friends, the two fouhgt an epic fight that lasted for several hours. They were armed only with a shield and a sword. After a few hours, neither of them them died. Therefore, Titus himself, ordered that the two gladiators threw away their shield. The two obeyed, but with the shield, they also threw away their sword, in order to continue their fight with bare hands. At the end of the fight, the two gladiators, exhausted and wounded, were declared both winners by the emperor himself.  This has been the only case reported in the history of Rome.

For that heroic battle the two received as a gift the “rudis” the wooden stick that gave them freedom.

Come and visit Rome and select your preferred tour of the Colosseum HERE. We’ll tell you more gladiator stories! Come and #feeltheessence!