Outside of the city centre there is a marvellous gem, far from the most turistic ciruits but still one of the most important places of the Catholic Rome.

The basilica is in fact the largest church in the city after Saint Peter.

Erected in the first half of the IV century by the emperor Constantine on the spot indicated by tradition as the tomb of the Apostle Paul¹, it has always and unceasingly been the goal of the faithful and pilgrims coming from all over the world to venerate the “Apostle to the Gentiles”. The church remained practically intact in its evocative aspect of an Early Christian patriarchal basilica until the early XIXth century, when it was almost completely destroyed by a terrible fire!

Beneath the windows of the central and side aisles of the nave are the mosaic portraits of the popes from Saint Peter to today. It’s a tradition that at the death of a pope the image of the newly elected pope is added to the series. 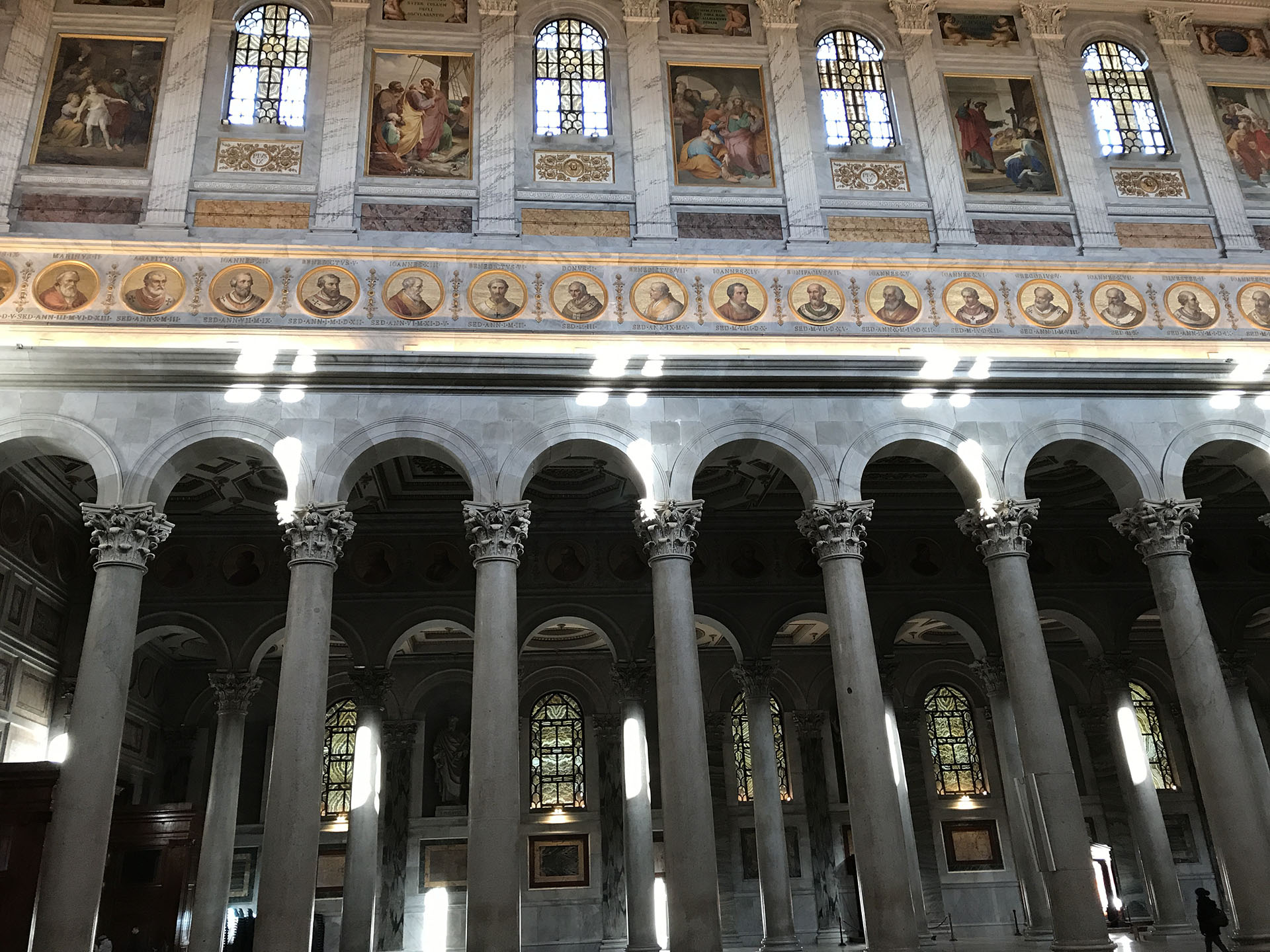 Pope Leo the Great, V century, initiated the series, with the portraits painted in fresco. Only 41 of these early portraits survive, now detached and in the museum of the church; in 1847 Pope Pius IV had a series recreated from the beginning, this time in mosaic.

Beyond their indisputable iconographical value, these portraits respond also to historical and theological demands: first of all, that of dating the various pontificats, and then the need to make evident the apostolic succession from Peter to the current pope who is here revealed as the legitimate successor to the first Apostle and thus the most authoritative representative of Christ in the Church. 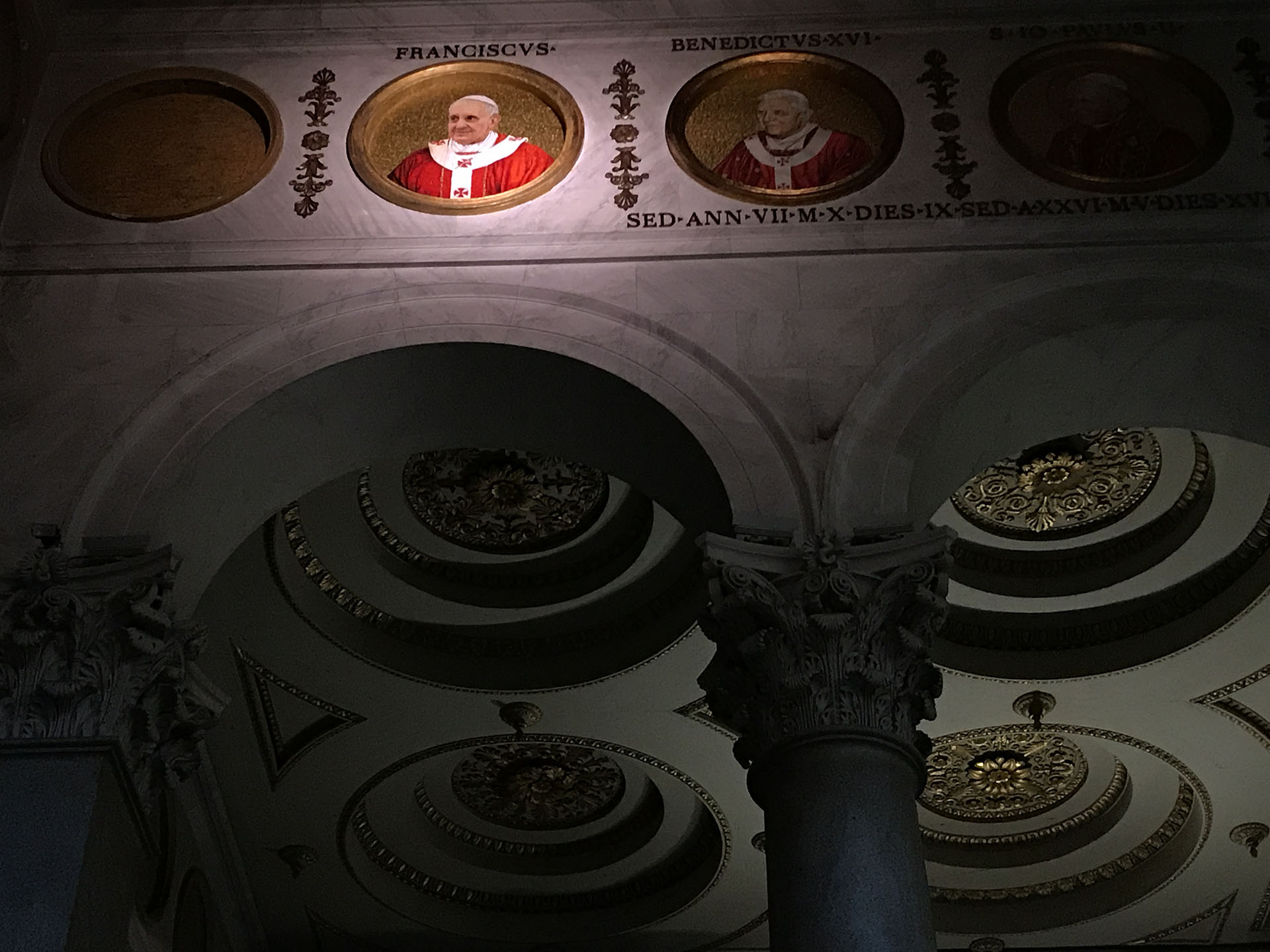