Rome is a city with a glorious history that leaves everyone in awe by its landmarks, monuments, and attractions. During our Roman tours, we always love to show and explain to our clients how the ruins of the ancient Roman Empire cohabit with the modern and contemporary Italian architecture, making Rome, indeed, “an open-air museum.”

The founder of the Roman Empire, emperor Augustus Caesar¹, filled Rome with monuments recalling his victories. Even today, it is difficult not to recognize him as one of its greatest exponents in all human history. Augustus consolidated the Roman Empire, built major infrastructure, gave the Romans a stable monetary system, secured peace and rights for the people of the Empire, and made Rome a monumental city.

He wanted the monuments to remain at the Roman people’s disposal, such as the Theatre of Marcellus, the Pantheon, the Ara Pacis solar clock on-campus Martius, the Temples of Jupiter, and the Temples of Apollo. Among the many architectural landmarks built, one of the most significant monuments still standing in Rome is the Mausoleum of Augustus. 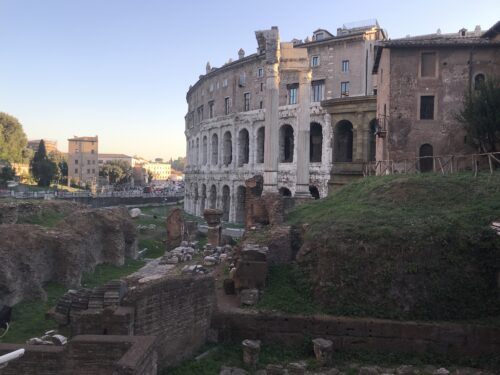 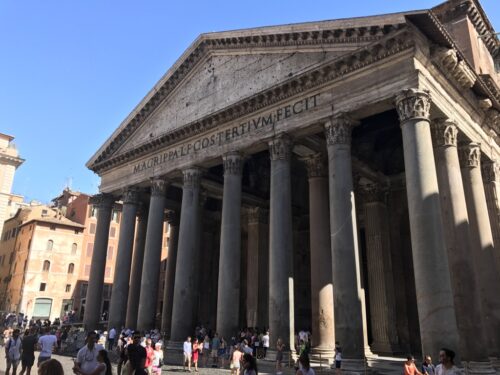 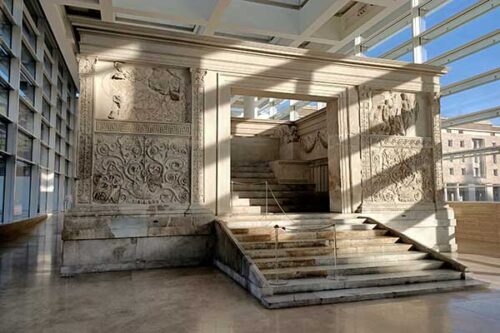 The very word “mausoleum” has a history that has close ties with that of power. It derives from Mausolus, an ancient Eastern king, Satrap of Caria. The mausoleum of Mausolus at Halicarnassus – the modern Bodrum – was considered one of the Seven Wonders of the Ancient World. The circular shape of Augustus’ Mausoleum, however, is more akin to ancient Etruscan tombs than to Greek sepulchers.

Augustus’ Mausoleum is the largest circular tomb in the world. It measures 87 meters in diameter and used to consist of a cylindrical body, at the center of which there was a door on the southern side, preceded by a short series of steps. The Emperor’s own urn was most likely in the central cylinder, directly beneath the statue at the top of the monument. 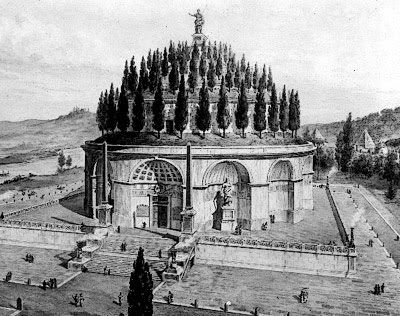 The original purpose of the Mausoleum was to retain relatives of this family. Those buried within it included the nephew of Augustus, Marcellus, his son-in-law, Marcus Agrippa, Drusus, the Elder, the two sons of Augustus’ daughter, Lucius and Gaius Caesar, and the Emperor himself in 14 CE. A long line of associations and spouses followed, including Drusus the Younger, Livia, Tiberius, Agrippina, Drusus (Caligula’s brother), Poppaea, and Nerva.

Near the entrance, perhaps on pillars, there were the bronze plaques engraved with the Res Gestae, the account of Augustus’s political achievements written by Augustus himself (the text is transcribed on the walls of the nearby Museo dell’Ara Pacis).

The central cylinder used to be 40 meters high; it stood out over the nearby hills, thanks also to the bronze statue of Augustus located on top of it, thrusting up into the sky, which could be seen far from a great distance.

It was used as a tomb for more than a century, but when the later emperors built sepulchers of their own, the Mausoleum was gradually abandoned.

With the Roman Empire long gone, in the Middle Ages, the Colonna family fortified the Mausoleum, transforming it into a castle. But it soon went through a period of decline: it was sacked and its marbles plundered to be reused in other buildings and monuments

As possession changed hands, the Mausoleum housed a hanging garden, an amphitheater used for bullfighting and firework displays, a theatre, and, at the beginning of the twentieth century, it became one of the most famous music halls of Europe, bearing the name of Auditorium Augusteo. 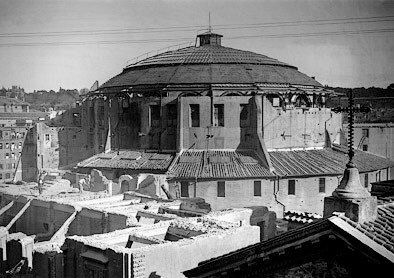 During the Fascist era, restoration of the monument was attempted: this entailed demolishing the auditorium and other buildings that had been erected on top of the Mausoleum over the centuries. But the war interrupted this work and Augustus’s tomb was once again left to its own devices.

In 2007, new archaeological excavations were undertaken in the sepulcher and surrounding square, and since 2016 the mausoleum has been undergoing a conservative restoration that will once again give it a prominent and well-deserved place in the archeological heritage of the city and of the world.

This tomb is one of the most well-known monuments in the Roman Empire and worldwide. So much so that after 80 years of being closed, the Italian telecommunications company TIM has donated €6 million to restore the Mausoleum. 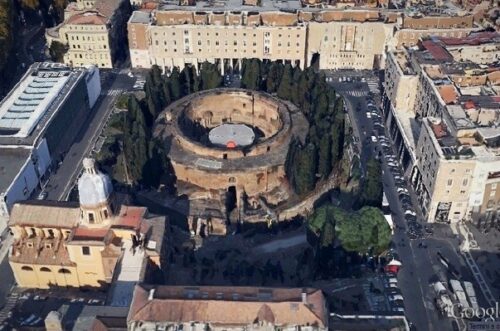 We are definitely looking forward to finally visit one of the most symbolic and important symbols of the Roman Empire and we can’t wait to bring you with us on an amazing experience through one of the most important periods of our ancient history.

Customize your tour and join us. For more info click HERE