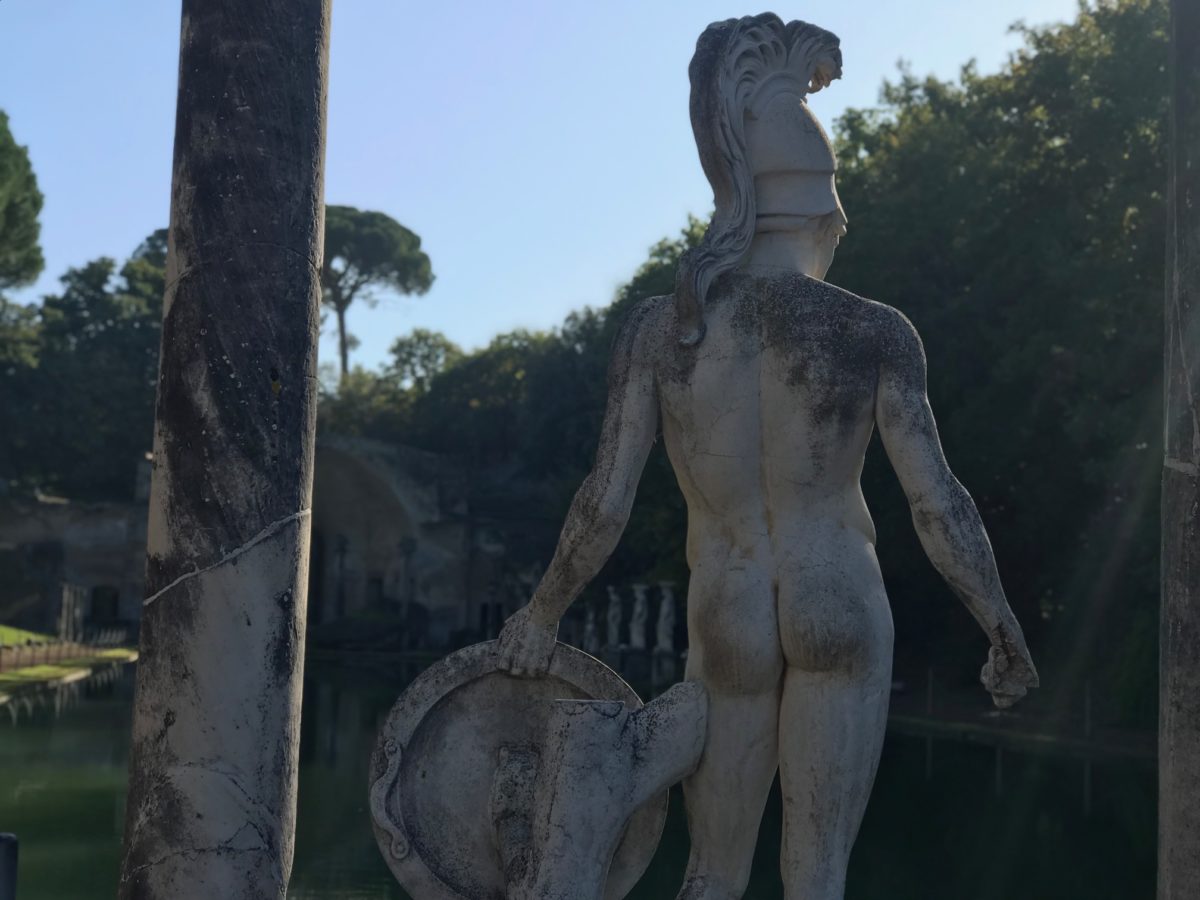 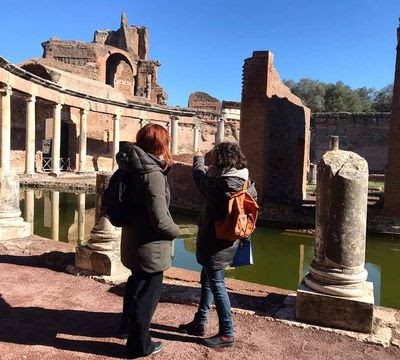 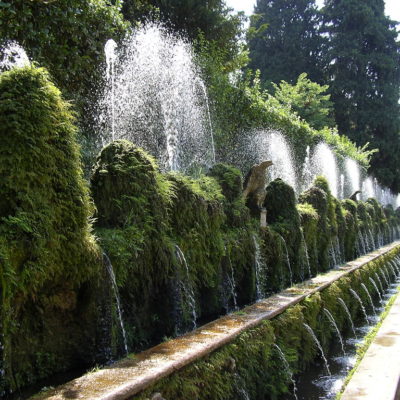 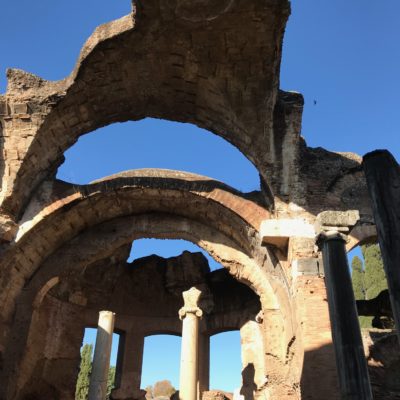 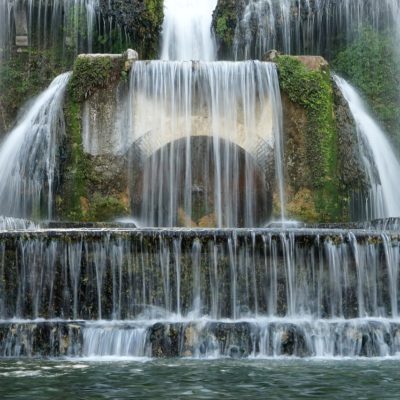 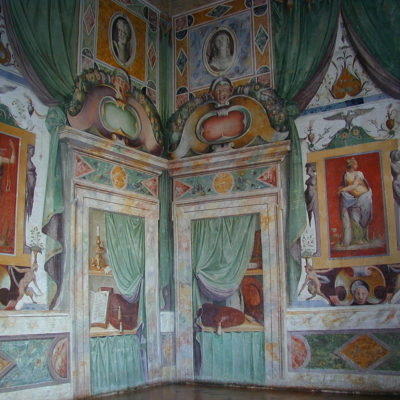 Since ancient times Tivoli has been an important city for the romans: located on the hills right outside Rome, with a nice breeze in summer, away from the crowds, and with abundant water. In two different époques, two men, choose this place to locate their two amazing villas: emperor Hadrian and the cardinal Ippolito D’Este.

The first site we visit is Hadrian’s Villa, built in the II century AD as imperial residence away from the city. As soon as he became an emperor, Hadrian decided to travel the entire empire to see with his eyes the faraway lands under his power. He was an intelligent man, full of culture, passionate about philosophy, art, astrology, poetry, and especially, architecture.

Back in Rome, Hadrian wanted a villa where he could be surrounded by the memories of his trips, a city full of light, fountains, canals, precious marble, greek statues and marvelous gardens.

After approximately three hours walking in the ancient villa, we drive to the city center of Tivoli to have a nice lunch before the second visit of our day: Villa D’Este.

In the ‘500 an important, powerful man, decided to place his villa right in the center of Tivoli, he was the cardinal Ippolito D’Este who was proclaimed governor of Tivoli by the pope Julius III.

That was the time it started a deep study of the near ancient villa, and the cardinal wanted a residence inspired by it, especially its gardens. Here we walk through the different terraces connecting the multilevel gardens, decorated by beautiful fountains, with games of water and ancient statues all around.

We enter the room of the residence  as well, where we can still see the rooms mainly frescoed with scenes referred to Ippolito’s origins and to the ancient latin and greek mythology.