Monterano is a deserted village sitting on the top of a tuff hill inside the natural park of Monterano, located in the center of Italy not too far from Rome and Bracciano’s lake. It is a ghost city which gained popularity because of its beauty and its closeness to Rome. Monterano has been a human settlement since the Bronze Age and grew into a flourishing town during the Etruscan Age¹. It got its name, “Manturanum,” in the Roman Age and regained much of its power and beauty in the Middle Age. A portion of the Roman aqueduct still stands as a lonely witness to those days. 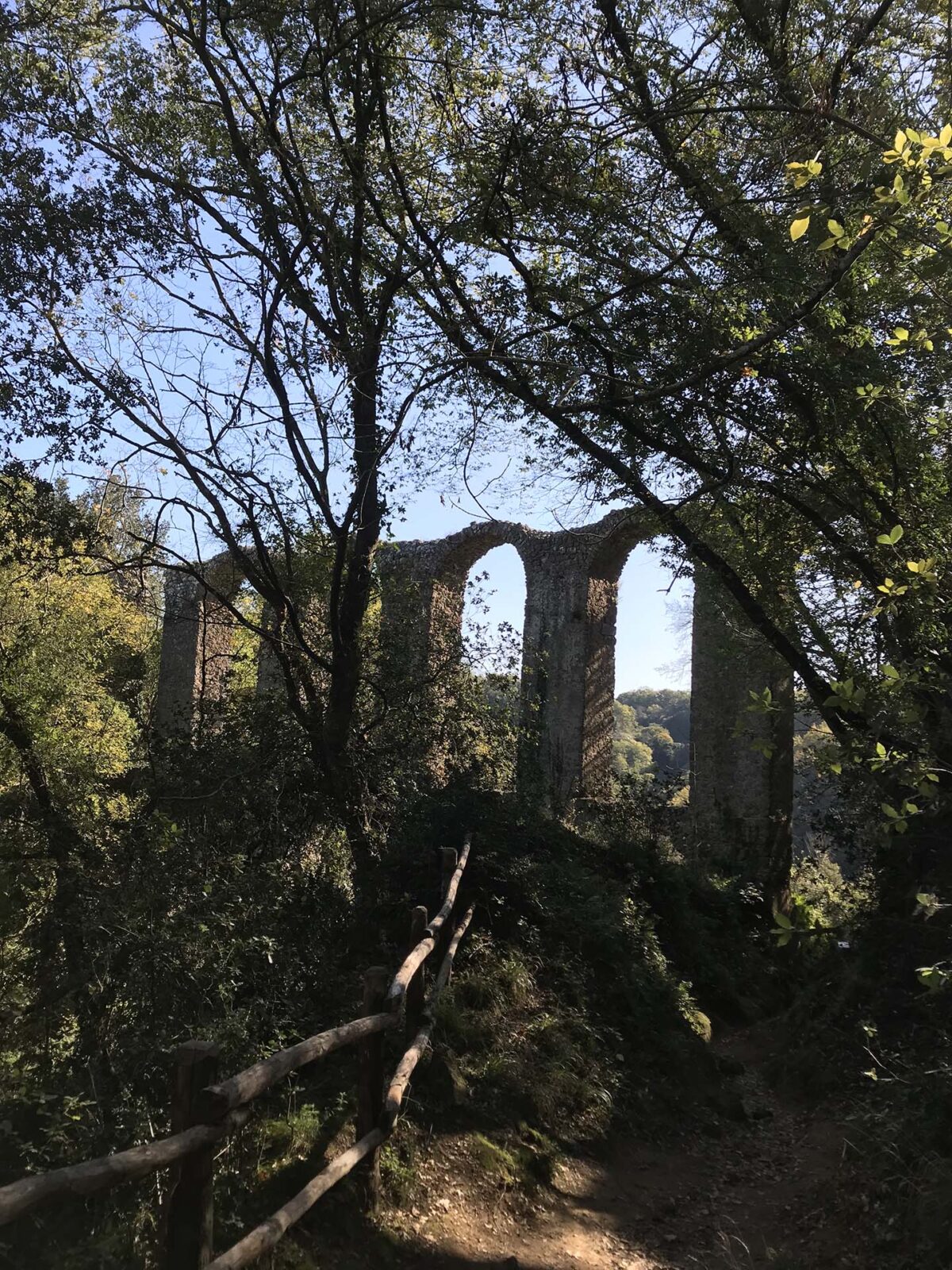 The largest structure in the centre of Monterano is the castle. The stronghold was redesigned and reshaped during its life, up until the Baroque age. In 1679, one Prince Altieri commissioned the famous artist Gian Lorenzo Bernini to completely remake the fortress, transforming it into a modern palace with a beautiful fountain featuring a lion statue on top.

In the same period, Mattia de Rossi, following Bernini’s project, built the San Bonaventura’s monastery which stands out on a plain a little farther out from the town and is also still visible today. 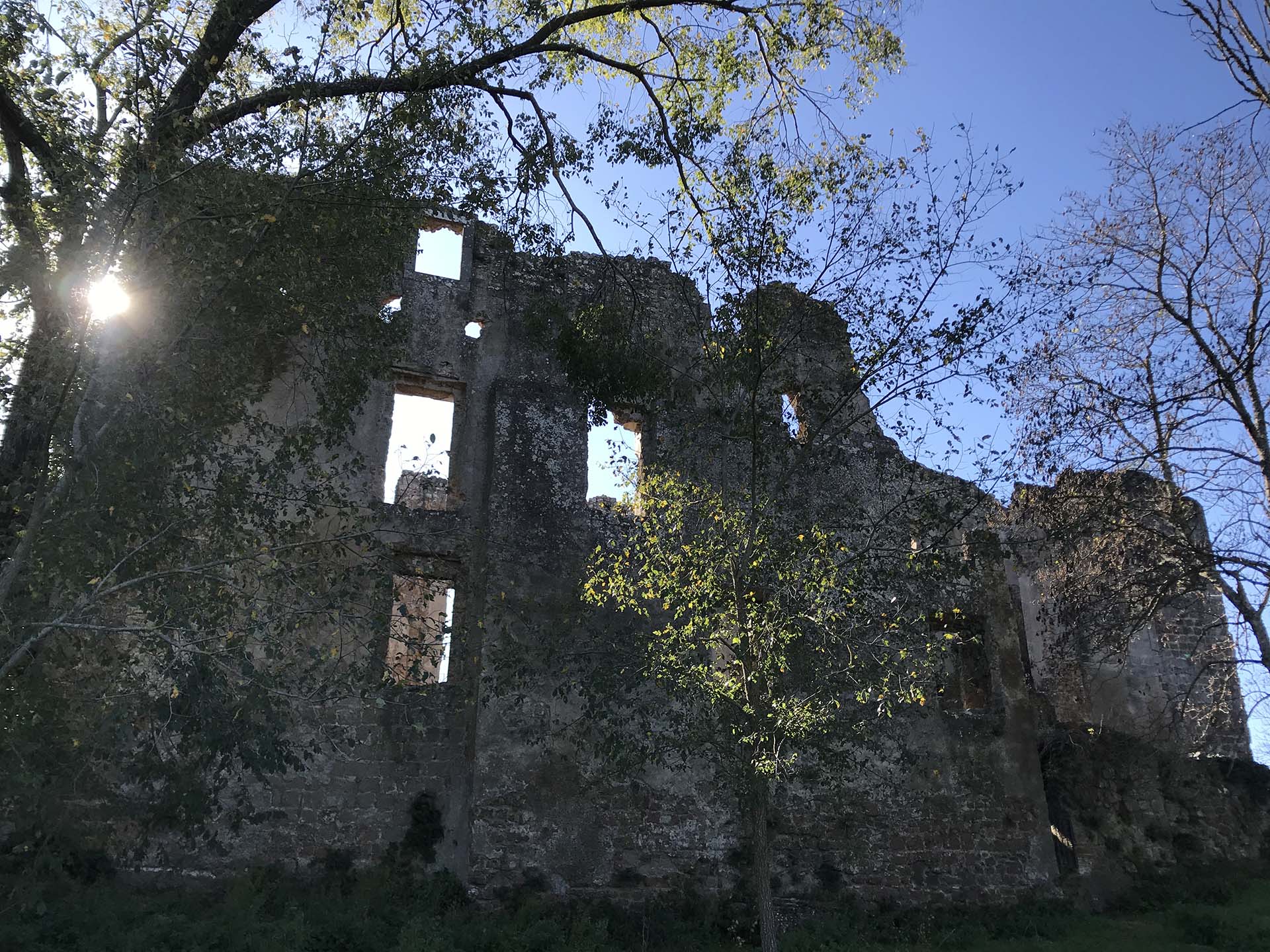 In the following years, thanks to a movement of commercial power and importance, the town began to decline. In 1799, after a fight between local families, the French army sacked the town and an outbreak of malaria soon followed. These combined disasters led to Monterano being all but abandoned in fairly short amount of time. 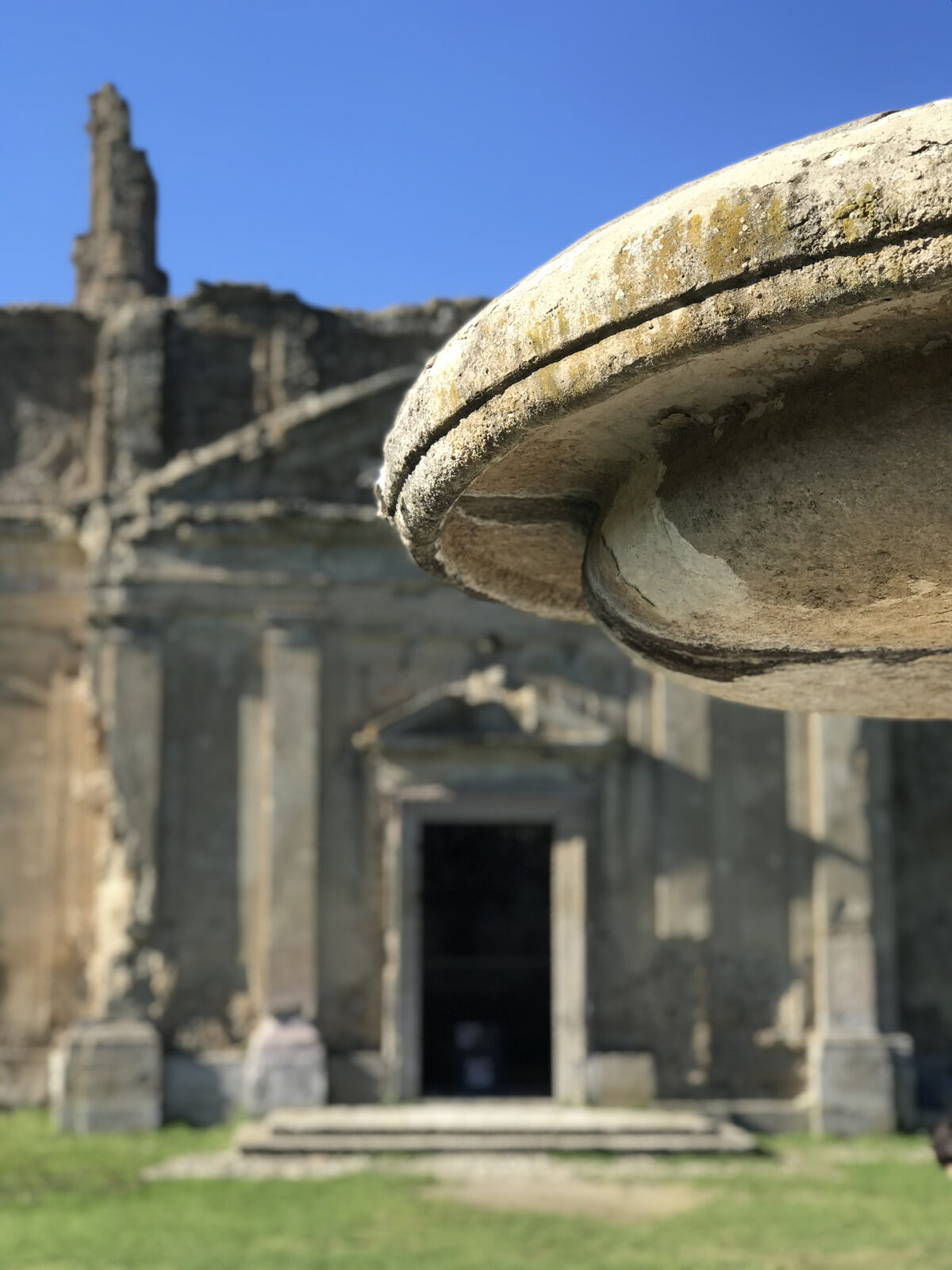 It is said that the cause of the exodus was extreme brutality perpetrated by the French soldiers who destroyed most of the buildings and the possessions of the villagers. It was basically cheaper and convenient for the population to simply leave everything and start from scratch elsewhere.

The remains of the former settlement have since aged into beautiful ruins and Monterano has been the backdrop to a number films such as, Ben-Hur (1959), Mario Monicelli’s Brancaleone alle Crociate (1970) and Il Marchese del Grillo (1981), Marco Bellocchio’s La visione del Sabba (1988), among others.