Travelling around Europe we have the opportunity not only to see, but to still walk on very ancient streets. These roads were built at the time of ancient Romans, who wanted to create a network between Rome and the rest of the Roman Empire.¹

The capital in fact, could be reached from every part of the world (that world) thanks to the intense system of streets that permitted the flow of people, soldiers and trade.

That’s why we all say “All roads leed to Rome”, but how were they built?

Finally they could start the proper construction of the road made of 3 levels: foundation, intermediate layers and surface path.

The foundation was made of rough stone creating a resistant layer that could bear the weight of the traffic. So this layer kept the road from being damaged and having to be repaired frequently.

On top of it, a sand or gravel filling was spread in one or several lay

ers that gradually decreased in thickness as it rose to the most superficial.

Last one was the final road surface coating of preferably rammed, rounded boulders mixed with sand. Fine-grained materials were also used, such as uncrusched aggregate or natural granite sand. This type of tread allowes for smooth movement, which minimised damage to the wheels of goods wagons or the fitting of horses and battle tanks used by th army. In major cities or roads, the surface were paved or laid out with unevenly hewn stones.

In Rome we have many evidences of ancient streets but the most important is doubtless the famous Appian Way almost entirly preserved!

So what are you waiting for? Come and experience with us this marvellous walk! 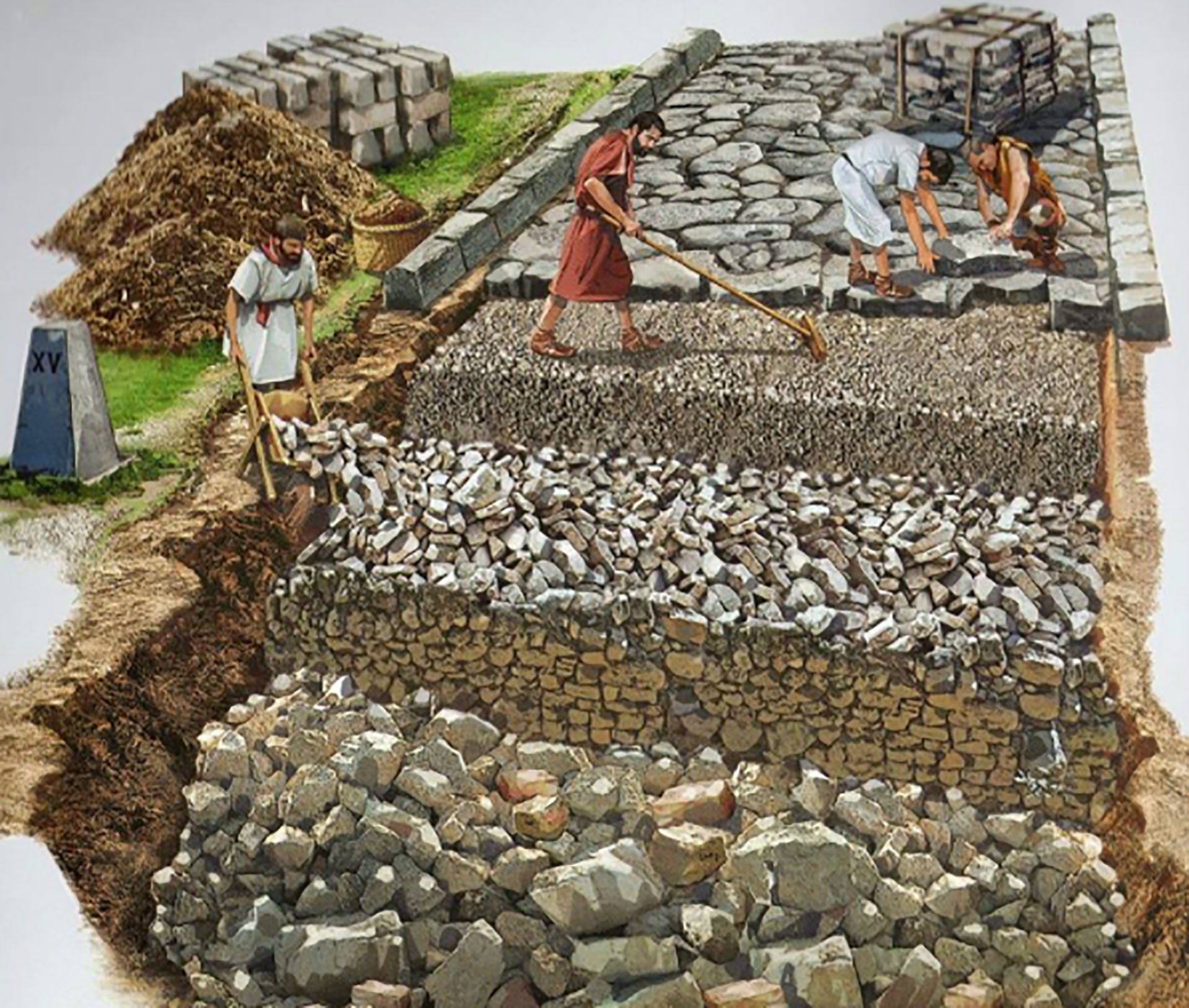