The Scientist and his Research Team

The scientist who decided to look into why Roman structures are still standing, is called Admir Masic. He is a former Bosnian refugee who studied chemistry in Italy and is now an associate professor of civil and environmental engineering at MIT.  From his discoveries, comes a new type of concrete inspired by the ancient Romans that is self-repairing and sustainable.

Publication of the research on Roman constructions

The famous journal, “Science Advances” has published Masic’s chemical-archaeological study, based on research into why magnificent structures such as the Pantheon and Colosseum, but also harbours, aqueducts, bridges and baths have survived until modern times, coping with the years and the weather.

After examining all the elements and processes, Masic and his team discovered the process used by the ancient Romans which can explain the durability of these materials. 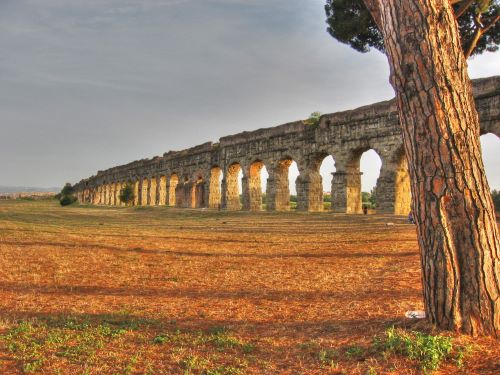 The secret revealed by Masic’s research is called “hot mixing”. It consists of adding quicklime to the concrete mixture, which reacts with water, to heat up the mixture. This process leads to the formation of ‘grains’ of lime, which enable self-repair.

According to Masic the process works like this: “when modern concrete cracks, water or moisture enters, and the crack widens and spreads through the structure. With this new technology (based on the discoveries of the Roman techniques) the crack repairs itself. The lime grains, which were embedded in the concrete, dissolve with infiltrating water and provide the calcium ions that recrystallise and repair the cracks”. This is how the Roman bridges and aqueducts are still standing after two thousand years.

The past and the future

The presence of these lime grains had long been known, but no one had ever thought that these could be responsible for self-repair. This incredible technology, which has its roots in the past, is now at the basis of a new type of concrete which will be the future of construction. It will increase the durability of this material while decreasing its environmental impact.

Want to know more? Come and see these structures with your own eyes. Visi Rome and take one of our TOURS. We will be glad to show you around the Eternal City and show you why Roman bridges and aqueducts are still standing after two thousand years!!