Every visitor coming to Rome has a dream (actually two because one is doubtless the Sistine chapel, but it’s not Rome, it’s in the Vatican): to visit the Colosseum.
In fact, among all our tours, the Colosseum, Roman Forum, Palatine Hill is the most popular.
Everyone wants to know about the gladiators and the fight, stories that have been told by movies, documentaries, books, videos, and much more.
It’s unbelievable even for us that in Rome you can still feel that atmosphere that excited the ancient Romans thousand years ago in that place that is still standing.
During our Colosseum, Roman Forum, and Palatine hill tour, we give back to the audience that atmosphere but we have also the responsibility to tell the historical facts, the truth.
So I would like to share something that has been misinterpreted quite often above all in the cinema: the gladiator’s death.
The final judgment at the end of a fight was the most famous and tensest moment in the gladiatorial games. While the gladiators waited, the referee would ask the sponsor of the games (Editor) to decide the fate of the defeated gladiator. The editor could decide himself or he might appeal to the spectators for their judgment before taking the final decision. Experts are uncertain about the signs the spectators used to express their choice and the surviving illustrations are of little help. It is possible that there were several signs and that they changed over time. We know that the defeated gladiator raised his right forefinger to ask for his life to be spared (Mitte!), after which the spectators could do the same.

As for the death sign, it could be a closed fist with the thumb extended, pointing to the throat (Iugula!), or an open hand with the fingers together pointing down, and away from the thumb, to represent a blade cutting through the breastbone. However, we know quite definitely that there was no “up or down thumb” sign, of the kind mistakenly used in films and documentaries nowadays.

The death of the gladiator, especially when he had shown skill and courage, was a nuisance for everyone. The lanista would lose one of his most popular performers and finding a replacement would take years of expensive training. When the editor chose death for the defeated gladiator, he had to pay the lanista the value of the dead gladiator, and if he was famous this could prove very expensive. So defeated gladiators were usually reprieved, especially in small amphitheaters. 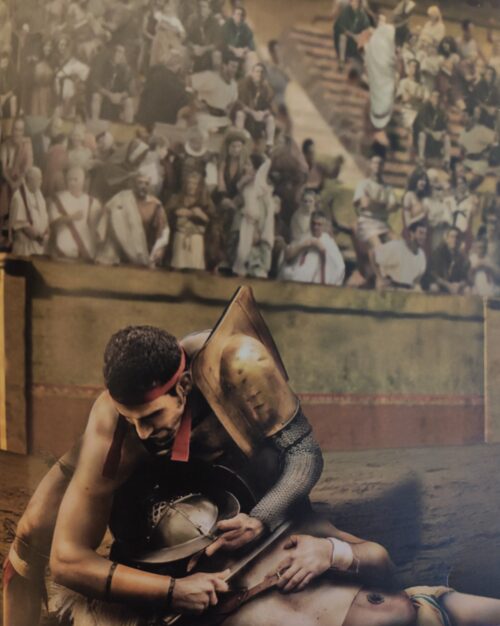 A gladiator’s victory called for important celebrations. He was granted a circuit of the arena waving a small flag to receive the spectators’ cheers and applause. The winner was then presented with a crown of laurel. The mosaics of gladiators found in Rome suggest that the winners of the different fights were also rewarded with cloths, most likely very precious fabrics embroidered with various motifs and decorations. 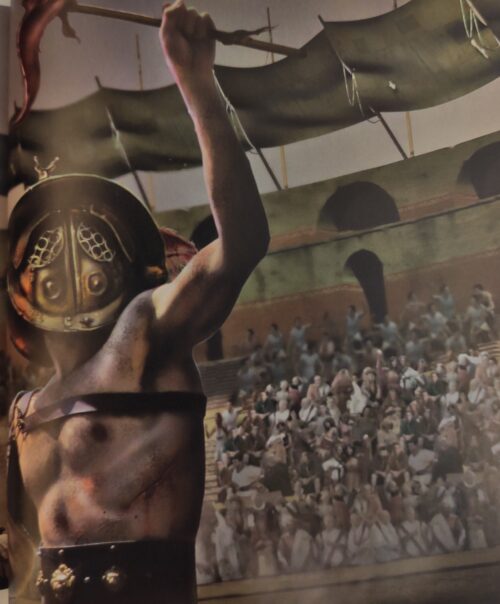 For more info about our Colosseum tours click HERE