According to tradition, on April 21, 753 B.C., Romulus and his twin brother, Remus, found Rome on the site where they were suckled by a she-wolf as orphaned infants.

Romulus and Remus were the sons of Rhea Silvia, the daughter of King Numitor of Alba Longa. Alba Longa was a mythical city located in the Alban Hills¹ southeast of what would become Rome. Before the birth of the twins, Numitor was deposed by his younger brother Amulius, who forced Rhea to become a vestal virgin so that she would not give birth to rival claimants to his title. However, Rhea was impregnated by the war god Mars and gave birth to Romulus and Remus. Amulius ordered the infants to be drowned in the Tiber, but they survived and washed ashore at the foot of the Palatine hill, where they were suckled by a she-wolf until they were found by the shepherd Faustulus. 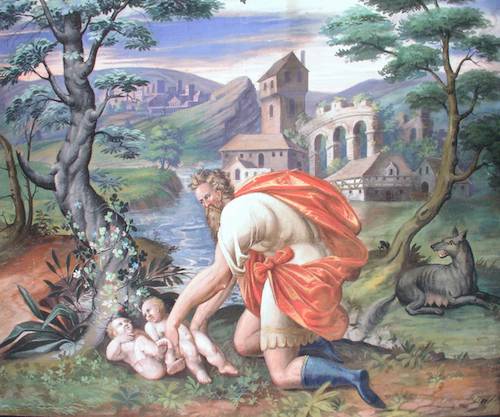 The twins later became leaders of a band of young shepherd warriors. After learning their true identity, they attacked Alba Longa, killed the wicked Amulius, and restored their grandfather to the throne. The twins then decided to found a town on the site where they had been saved as infants, the Palatine Hill. They soon became involved in a petty quarrel, however, and Remus was slain by his brother. Romulus then became ruler of the settlement, which was named “Rome” after him.

Romans have been celebrating the 21st of April since the foundation of Rome until today, and when the Pantheon was built in the II century AD, it was calculated that the light entering from the “oculus “ at noon, on the 21st of April, inclined so that it created a beam of light that perfectly centered the entrance doorway. At noon, in fact, the emperor entered the temple and his whole body was bathed in light. 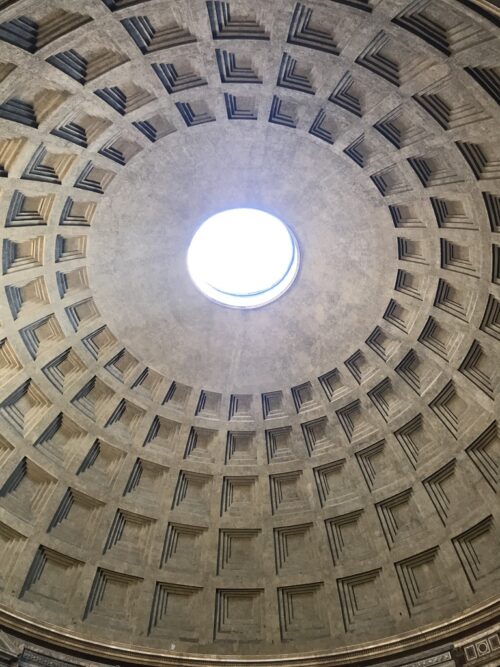 Still today is possible to admire this incredible show created by the light entering the Pantheon on the day of the birthday of Rome and is breathtaking.
Other games of light are visible on the 6th of April, the summer and winter solstice, the 23rd of September, and some other dates, and we always love to include the Pantheon in our tours, especially on these dates, so that our clients as well can appreciate the incredible architecture, decoration, and light of the most amazing temple of ancient Rome.
If you visit Rome you can’t miss our Essence of Rome tour, a pleasant walk through the alleys of the city center, admiring the most famous monuments and fountains of our city, such as the Trevi Fountain and Navona Square, and entering the Pantheon.